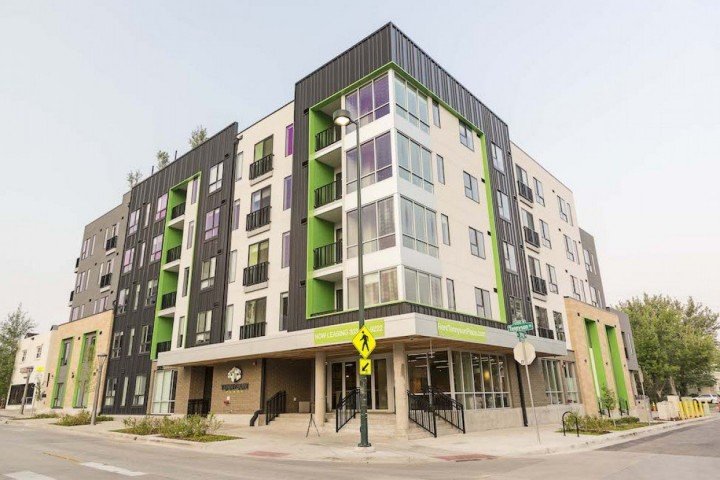 The construction market today is often volatile. It’s a face-paced environment where labor is in short supply and everyone is pushing to get things done faster. Those competing forces can easily create tension among owners, contractors and subs, leading to an unpleasant and contentious building experience where someone is destined to leave unsatisfied.

Vertix Builders was founded in 2014 with a focus on reversing that trend and taking the culture back 30 years to when a person’ word meant something. “The idea behind our company is we wanted to get back to providing a high level of service and getting back to working with our clients in person as opposed to managing from afar,” Vice President Ted Laszlo says.

Indeed, the company put together a culture document before it even finished its business plan. The document outlines the level of service clients should expect and how Vertix operates its projects. “We call ourselves a culture-focused company,” Laszlo notes.

As part of that culture, Vertix is organized to focus solely on construction. The company has 26 employees, all of whom have building roles. Back office functions such as accounting are farmed out to third-party providers, freeing Vertix to invest only in staff members who have a direct role in growing its business. With $35 million in revenue last year and $40 million projected for 2018, Vertix enjoys a high ratio of revenue-per-employee.

When Vertix was starting out four years ago its leaders knew the kind of company they wanted it to be, but still needed to determine its niche. The company ended up leaning on the experience of its founders, Laszlo and President Ryan Bonner.

Twenty years ago, when the two started in the industry, Bonner was placed on a few new hospital construction projects and Laszlo found himself doing medical remodeling work. When the two joined to form Vertix, they looked at their qualifications and considered where the new company could separate itself in the market and realized that healthcare was a natural fit.

“Working medical is a lot more specialized,” Laszlo says. “There are a lot more systems and protocol you have to follow than traditional construction.”

Vertix has since completed about 80 projects, ranging from small remodels to multimillion-dollar ground-up hospital construction such as the Lowry Skilled Nursing Facility in Denver. The $19 million three-story project included 84 standard patient rooms and 12 observation rooms built on a former Air Force tarmac. “It is a rewarding type of construction, as well,” Laszlo adds. “It’s complicated and there’s goodwill. There’s that idea that you’re serving people.”

Healthcare facilities made up a large percentage of those 80 jobs Vertix has finished, but the company also builds apartments, office buildings and education facilities. The Flight Office Building, also in Denver, is one of Vertix’s most unique designs to date. The 140,000 square foot building features a second floor that runs askew to the first, creating a visually striking overhang. As of February, the core of the building was completed and tenants were preparing to occupy in March.

Like most of its projects, the Flight Office Building took a collaborative approach. Vertix is the general contractor and is partnering with the designers and owner to offer a highly integrated team approach. “We’re not here just to manage the subs doing the work but to provide solutions,” Laszlo says.

Vertix prides itself on offering capabilities competitive with those of an $800 million construction firm but at a more personal size. “We have large project teams inside of a small-company, non-corporate atmosphere,” Laszlo says. “We bring our clients that kind of small company-level service without the corporate bureaucracy but with the teams that are qualified to put those projects together.”

Managing those large projects with a small team requires hands-on attention. “We want people out of the office on the job sites,” Laszlo says. However, that attentive service does come at a cost. “That level of staffing helps us be successful and deliver a good-quality service,” Laszlo explains, “but we’re not going to be the cheapest.”

Keeping its people in the fields means Vertix is able to maintain strict quality standards and help subcontractors find solutions when issues arise. Ultimately, it’s the work of those craftsmen and trade workers that matters most, which is why Vertix seeks out subcontractors that match its values. “We look for subcontractors that are relationship-based and solutions-oriented,” Laszlo says. “We’re not looking for people who are going to provide us the lowest dollar. In fact, we rarely hard-bid a project.”

At Vertix, employees come first, subcontractors second and the client third. It’s not that clients aren’t a priority; rather, the company believes that taking care of its own people and subcontractors will lead to better service for the customers in the end. “Subcontractors represent 90 percent of our work, so if they don’t represent us service-wise we won’t be able to do it,” Laszlo says.

The relationship-conscious approach has helped Vertix stand out in the competitive and fast-growing Colorado market. The company is preparing to open its second office later this year, which will be located inside its Flight Office Building project, but Laszlo says it is being cautious as it expands. “Our intent is to grow slowly and responsibly,” he says. “We want to stop at a reasonable point. We’re looking to stay a small contractor.”

Vertix wants to avoid getting so large that it loses the family culture and personal services that clients want. “We think that there gets to a point where you have to have that middle management infrastructure – you have to create those divisions and separations inside the company,” Laszlo says. “We hope to avoid that.”